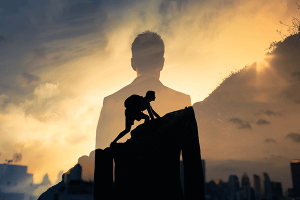 Anger is a natural response that virtually all of us are feeling in one form or another since our life as we know it has been turned upside down and taken at least somewhat out of our control. Of course, there are exceptions to this but the vast majority of us are angry because we’re cooped up and our desires are being thwarted in too many ways to be able to mention. This anger is in virtually all of us whether we’re aware of it or not even if it’s subtle or indirect.  It accounts for the reported dramatic spikes around the world in domestic violence and spousal abuse. This anger is also being directed towards people or entities who we believe are selfish and dishonest or who have let us down. God, politicians, corruption, injustices and perceived racial and ethnic adversaries are also on the short list of usual targets. And let’s not forget to put ourselves on this list.  Almost none of us are taught how to respond to our anger in a way that can support us rather than create injury.

So, here are some practical things to consider to both deconstruct and reconstruct anger to better understand and direct this vital energy into something more beneficial than harmful.

Awareness of Our Anger and How to Be More Harmless
Our first task is to recognize the red flag of danger that we’re actually angry. Listen to our tone both inside ourselves and outside.  Feel where our bodies are tightening up. We need to congratulate ourselves when we have this awareness. Embrace this anger as vital energy that can be a force for positive transformation. It is part of our potential vitality that we need to learn how to care for because surprisingly it can be a major source of invigorating our lives rather than deepening our suffering. Virtually no-one likes to be on the receiving end of another’s anger. We need to learn how we can experience it and pause, while initially looking for what is more vulnerable beneath it. These vulnerable emotions are a transitional step to help us move forward in our development and to support us to realize what we need.  In the process, we also help maximize the chance of supporting everyone involved.

Going Beyond Ordinary Fight and Flight Reactions
Understand that we usually have two harmful choices in how we normally deal with our anger: to dump it on others or to stuff it inside ourselves.  Most of us aren’t very aware that we’re as angry as we are. Instead, we think we’re upset or annoyed due to something or someone outside of ourselves. We almost always feel justified in lashing out or blaming because someone did something to us.  We often under-estimate the more extreme toxic impact of our anger on our targets. How many times has it worked out well for us when we have spontaneously dumped our anger?  Virtually never! And repressing it doesn’t work either. It’s going to adversely find its way out sooner rather than later. Keep in mind that there are plenty of passive ways of being angry that go totally under the radar and still create harm.

Seeing Vulnerable Emotions Underneath our Anger
From there, we need to make the connection between the anger and the vulnerable emotion(s) beneath it. Can we dig deeply enough inside ourselves to discover that emotion? Examples of these vulnerable feelings include helplessness, fear, disillusionment, guilt, shame, jealousy, loss, abandonment, dependency and sadness, among many more. Once we do, we can give more support to feeling these feelings. They will help tame our anger, create less harm to ourselves and others. By figuring out what we needed in the first place, we can start to ask ourselves, “What is the way I can best support myself to receive what I need without creating harm to others?”   These are needs like kindness, empathy, sensitivity and honesty amongst many others.

Furthermore, we need to appreciate how when we are being stretched to the limit. We know we are at risk of not being able to tolerate feeling so vulnerable, and we increasingly tighten up moving toward our boiling point. If we look closely, we can see how our unrecognized vulnerable emotions contract into intolerant and angry emotions, such as being aggressive, antagonistic, condescending, judgmental, intolerant, impatient and hateful, among others.

Joel, if there was a way to shorten the case study without losing meaning I’d love it, but  can’t find a way to do it. I’m not sure it ‘s possible without taking out a key point?

Beginning to See What We Really Need Underneath Our Anger and Vulnerability
The good news is that each of these vulnerable, intolerant, and frustrated emotions that contract into anger can reveal underlying needs and qualities that are the potential source of inner and outer peace. We need to find a process to shift what we don’t like and are angry about into a valuable opportunity to focus on what we really need. From there, we can begin to cultivate our needs in a way that is not harming others.

Whenever we are aware of being in any anger state, we need to first recognize the red flag and commend ourselves for being aware and not immediately reacting outwardly. In not wanting to hurt ourselves or others around us, we can learn to pause as long as it takes to ask ourselves what we feel that is more vulnerable.

A Universal Example of a Family Finding A Way to Care for Each Other
How does this play out in real life from some recent work I did with a family? The father is scared that his 401k has lowered to the point where he is not going to have a secure future. It is very hard to tolerate, and he is now agitated. His wife is also very afraid as she has always relied on her husband’s success and confidence to take care of that part of their life. Both of them of course are also very afraid of the virus, which has spiraled into also being impatient and intolerant of their child’s angry outbursts.

Their daughter is having her school online and misses her friends. Not being able to party, she is edgy and, complaining a lot. This leads to a series of power struggles with her parents. She fails to finish her homework assignments while she regularly claims she isn’t feeling well enough to do them. It was quite obvious to all of them that this was just an excuse. Needless to say, the impatience and intolerance on the part of both parents didn’t help. Both parents also felt an alienation from each other because they weren’t able to get beyond their own challenging feelings to attend in a caring way to their relationship.

I had a series of group sessions online with just the parents. We started out by each of them acknowledging their own anger, vulnerability and needs to each other. The father, Jake, admitted he was frightened. He described how he was having a hard time resisting being distant and tense in general and especially with his wife. This allowed Sherry, his wife, to be more empathic and start to admit her own fear. We talked about this horrendous challenging time being one that could give them the opportunity to grow, as there was so much more quiet time available. Jake was able to see that all he could do was try to be softer with his fear and try to see the bigger picture, which revealed that if worse came to worse they would likely have to adjust to a different life style. But at least they had an alternative where they were still ok.  This led to a realization of how much better off they were just in being able to survive and able to cope with the ramifications of the virus more so than many others. This, to their great surprise, led them to a feeling of intermittent gratitude and a softening with each other. They were encouraged to spend time just sharing the vulnerability by holding each other and caring for the nervousness that so many of us are feeling.

This in turn led them to approach their daughter in a much more patient and empathic way. With some guidance over a couple of meetings that included their daughter, voicing something that all of us that have kids would do well to say: “This is a time that all of us are being challenged in ways that we aren’t used to. It makes it hard for us to be patient and kind, which as a family we know we want for ourselves and each other. It is hard for your mom and I to have to worry just like it is for you in other ways.” They gave her a chance to express her fears of losing them and the loneliness she felt in being isolated. Their tone of warmth allowed the daughter to hear at another level how she was just being asked to do the best she could, even though she felt down, alone and frustrated.

These abbreviated versions of the family dynamics hopefully reflect on what we all need to do. Be honest and aware of our anger and find the vulnerability and needs that we all have underneath it. This is a challenge that all of us are being faced with whether we are living in a nuclear family or not. How do we admit we’re angry each in our own unique way, and how do we work with ourselves and those we love to take care of each other and ourselves with qualities like communication, empathy and courage?

COVID-19: Working to Create Benefit
This time out that we are all being sensibly encouraged to take can give us the opportunity to learn new skills that we’ll need for the rest of our lives well after the virus is gone. It has become quite apparent to a number of the families and individuals in my orbit, and among many of my colleagues, that this global catastrophe can guide us to develop new tools. Seeing that the whole world as a part of our extended family could be one outcome of using these new tools. Our major distrust, anger and alienation toward other countries could transition into a, clearer realization of our interdependence. PPE’s ventilators, health care workers helping each other in different states and different countries is a profound vision of what is possible. We all would do well to wish this for all of us and utilize our work with our anger to make this vision more of a realistic possibility.